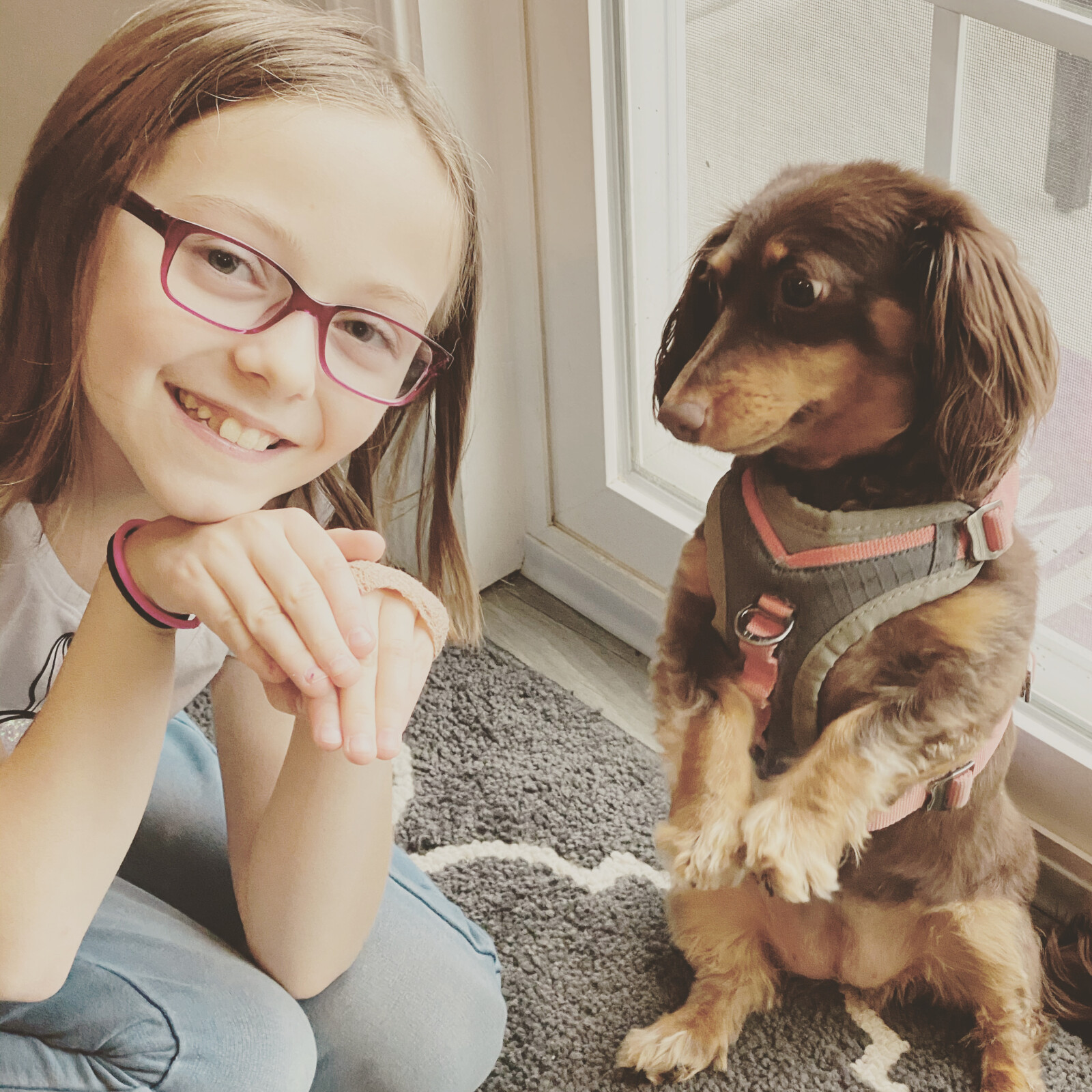 You never know when the most simple errand can change your world. In the fall of 2015, Mia and I headed into our local pet shop to pick up our fresh fish food just like we did normally about every 2 weeks. You see, for months we would grab what we needed, check out the animals they had each time, and head back home. It was one of Mia's favorite days of the week. She would always pick out one or two different dogs to bring into the little room for a visit, but her little feet would never touch the floor. She would sit on a bench, and say, "oh, cute puppy" but she never wanted to pet it or get too close. Craig and I had discussed that at some point getting a dog for Mia could be a good companion with her being an only child, and may help her with some of her anxiety as well. We just weren't for sure when that right time would come.
As we were checking out with our frozen blood worms (so our fish could be gluten free too!) there was a man standing at the checkout holding this tiny little dachshund, and it really looked like it was his personal pet that he was in the store buying for. Mia immediately as she saw it let out that priceless, "AWWWW, it's so cute!", and the gentlemen says to her, "oh honey, she isn't mine, here" and he hands her to Mia. Watching for Mia's reaction I was so shocked, she held her, and said, "can we take her back to the visit room?" so we did.
See at this point, Mia had never really touched a dog, let alone held one. 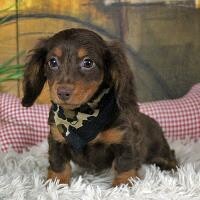 As we walk into the little room, Mia sits on the floor and puts the dog down and begins to play with her. Within minutes, she looks up at me and says, "I love her already mommy, is she mine?"
The connection was instant, but I was not certain that I could just bring home a dog without Craig being part of the decision. Mia continued to play with her for about three hours, by this time a crowd had formed and was watching the two of them. I finally talked Mia into going home for lunch so her and the dog would both get a chance to eat and then we would come back with dad when he got off work in a few hours. As they were separated, Mia's tears began to stream down her face and the puppy was whining to come back to her. The formed crowd was in disbelief that we weren't taking her home right then.
A few hours later, we were able to take Craig back with us after telling him the adventure of the day, and he too saw the connection these 2 had already and we knew she was meant to be with us.
Mia got to choose her name all on her own. Cyndy Smith's name was inspired by Mia's love for Cinderella at the time. Cyndy's first night with us, Mia slept in front of her crate, and the inseparable bond continued to grow from there. 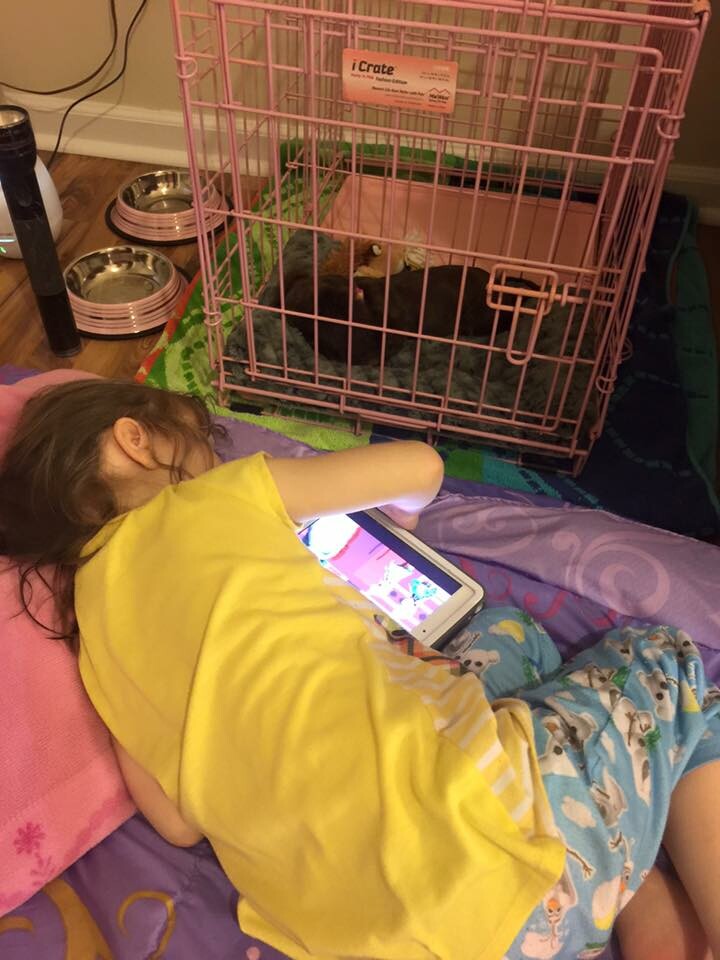 Over the years as Mia has been on her health recovery journey, Cyndy has been her playmate, emotional support, homework helper and best friend. Cyndy has tolerated Mia packing her around everywhere she goes, kisses galore, panic attacks, and of course playing. They have the best relationship! 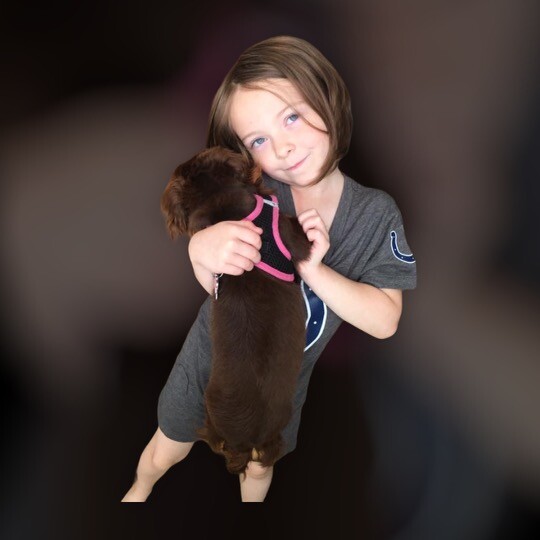 Cyndy lives a natural lifestyle right along with us! She is completely gluten free and is a picky eater just like Mia. Cyndy prefers Merrick Lil' Plates dog food and loves her Whimzies daily dental treats. She enjoys drinking NingXia Red and loves fresh veggies. 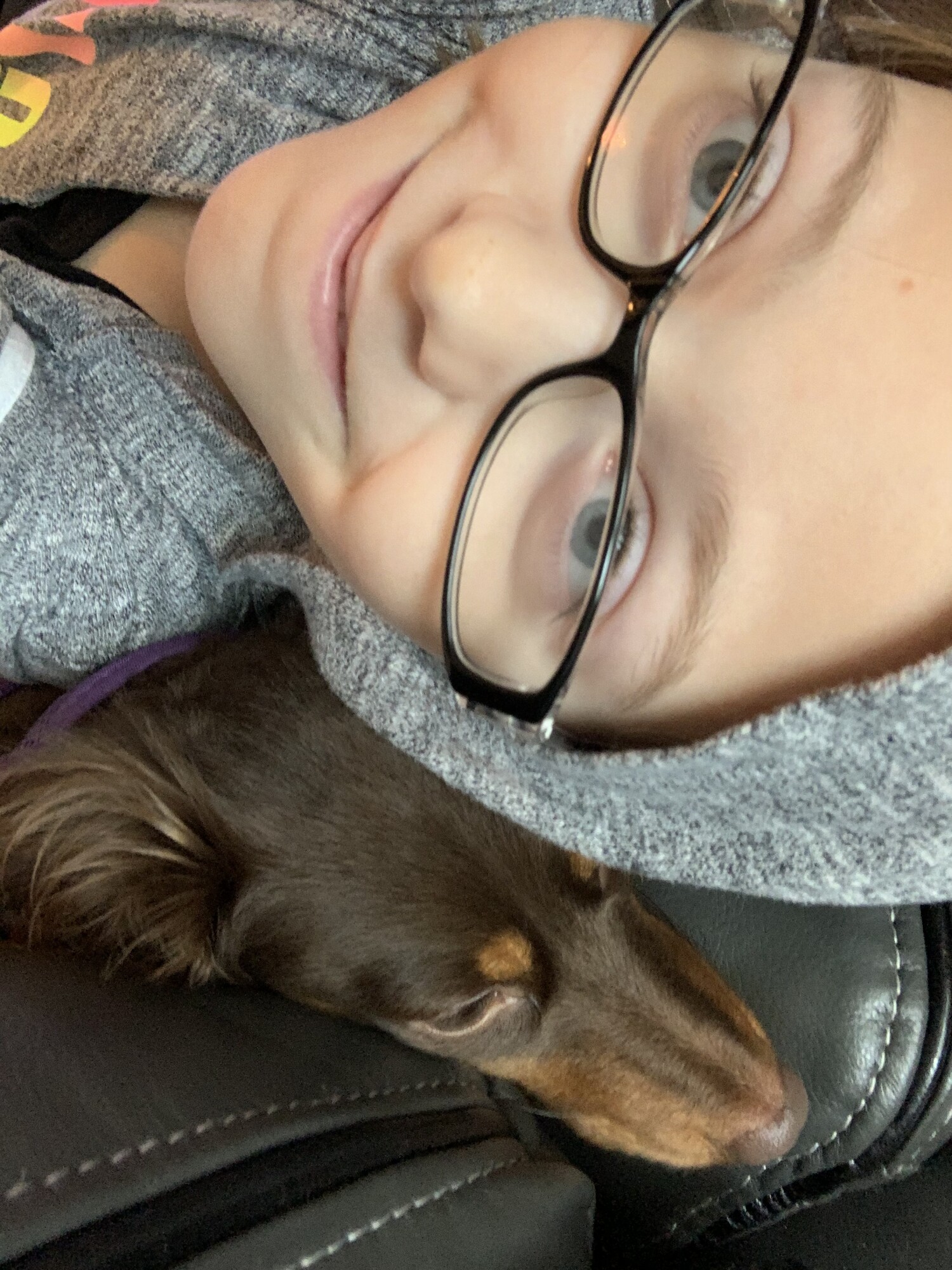 Peace and Calming would be Cyndy's favorite essential oil! 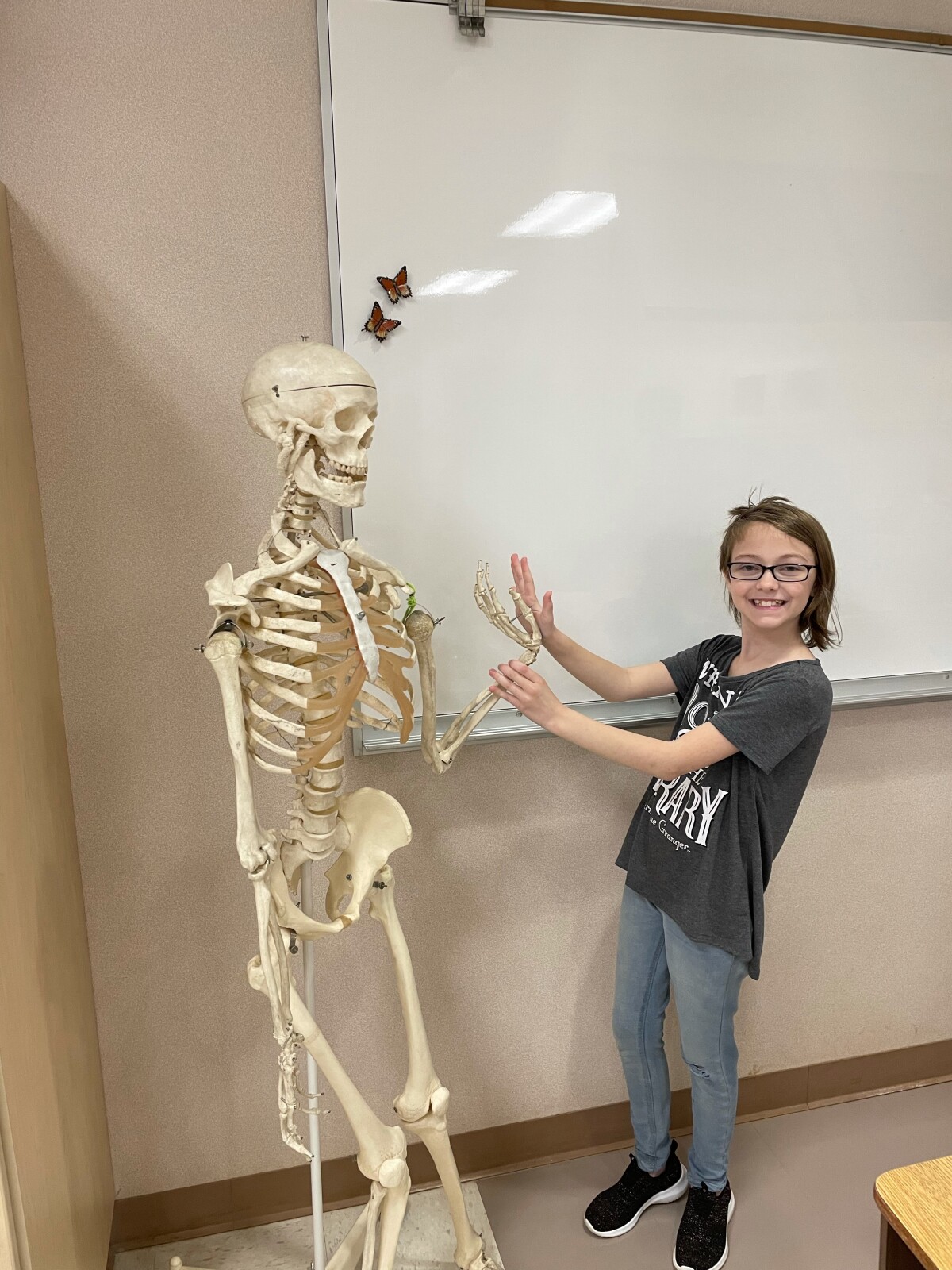 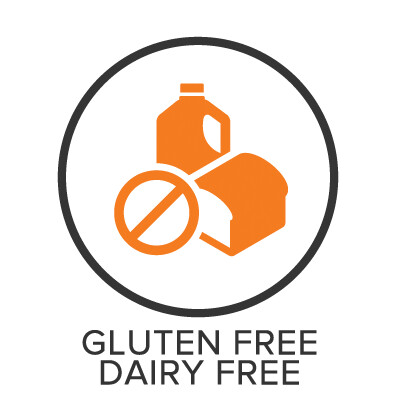 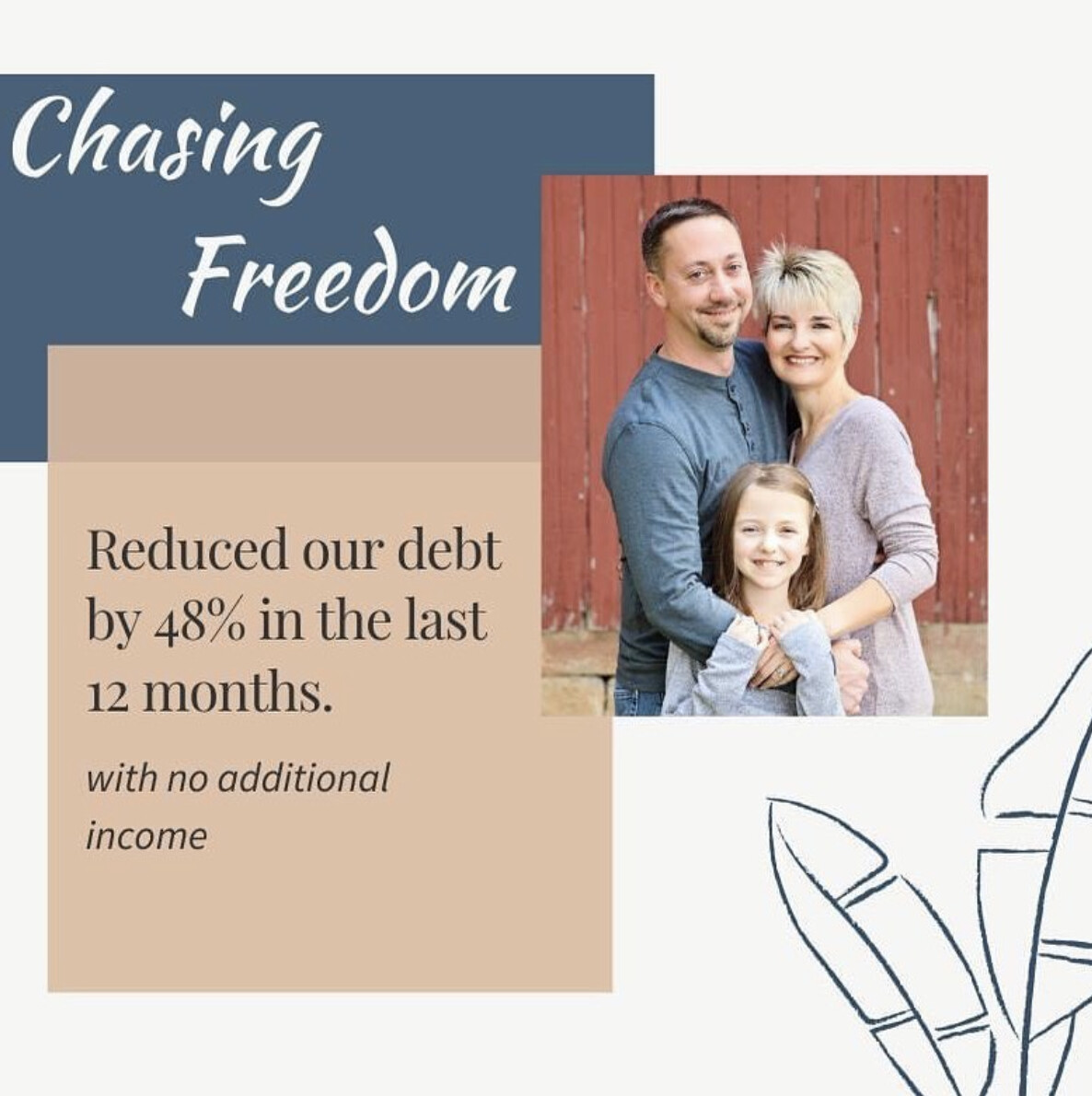 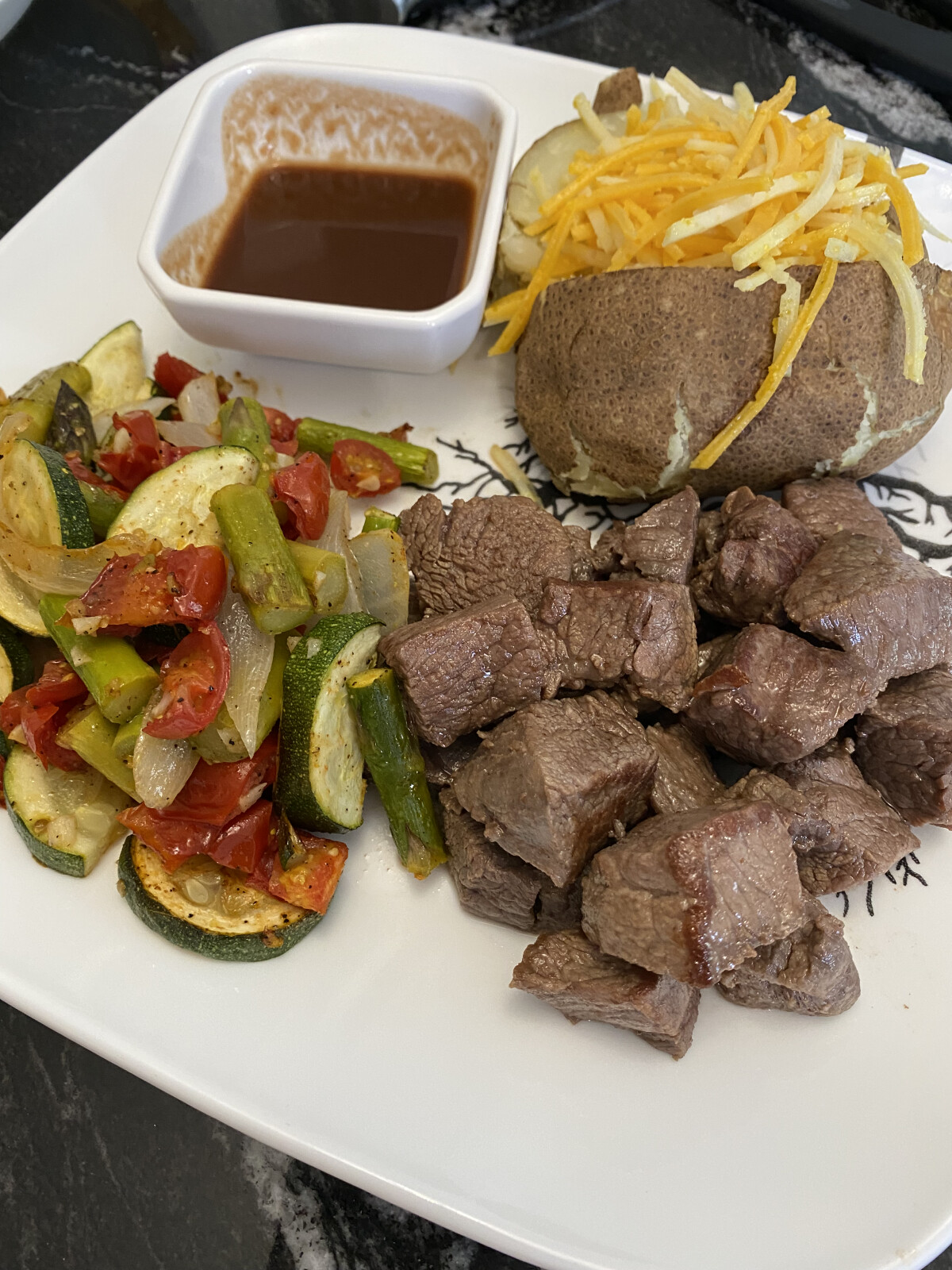 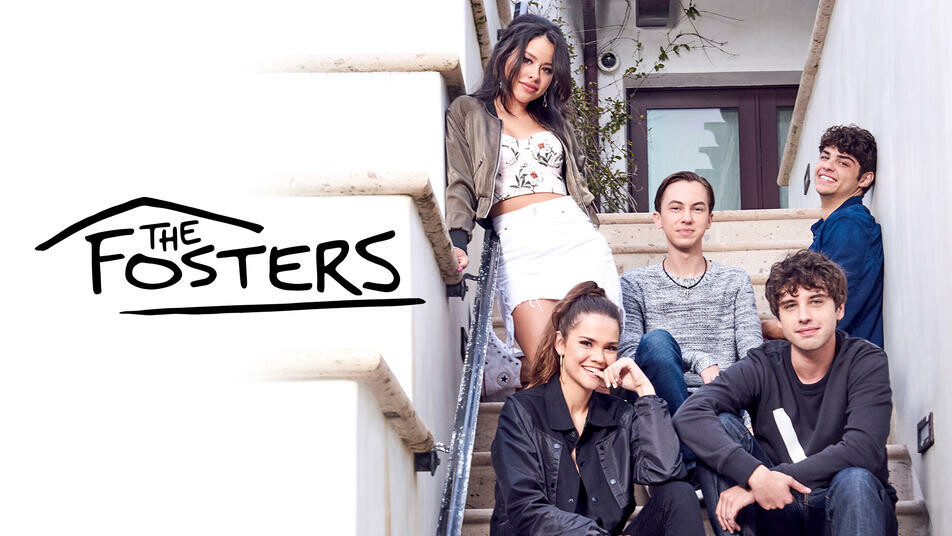 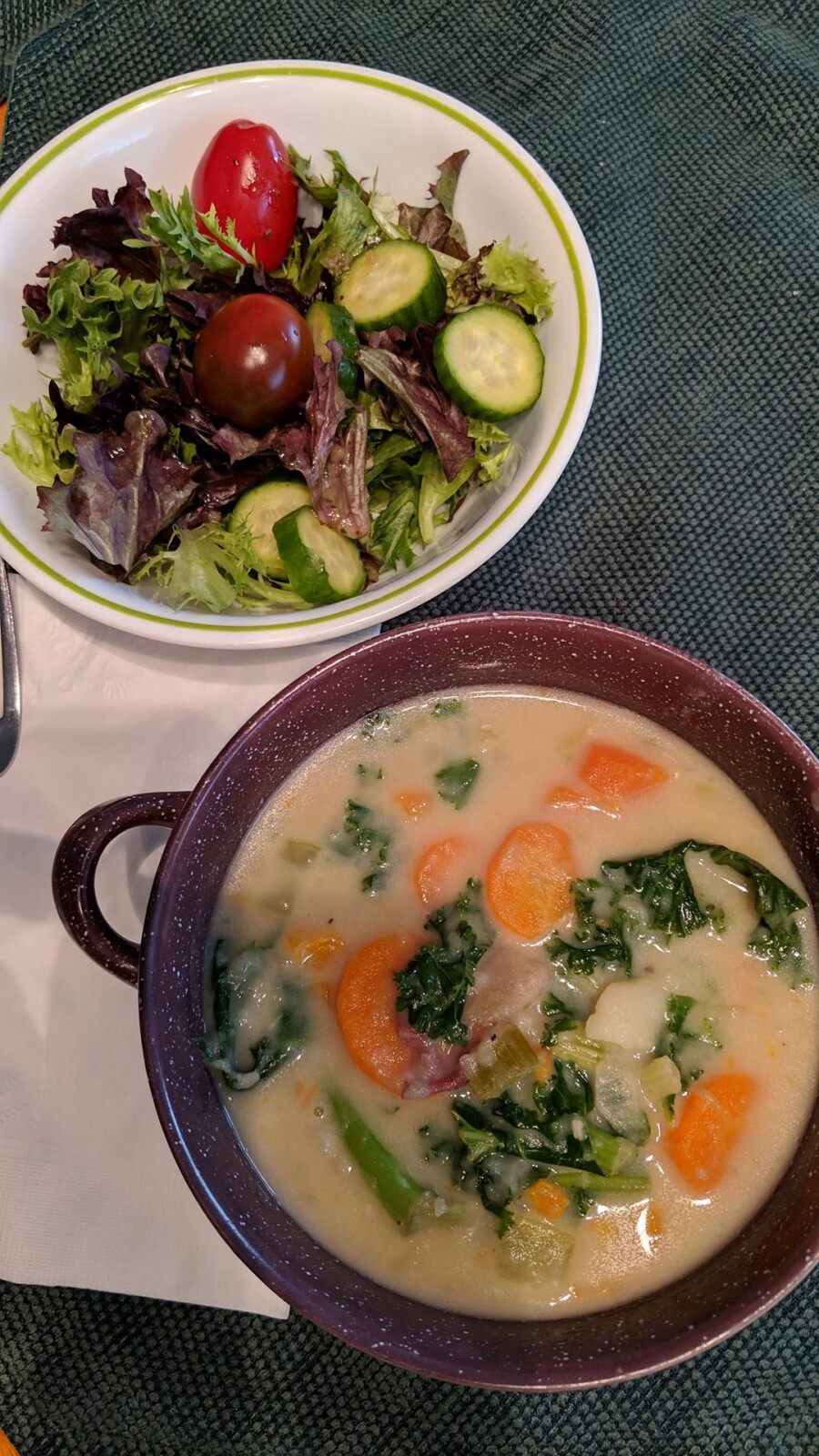 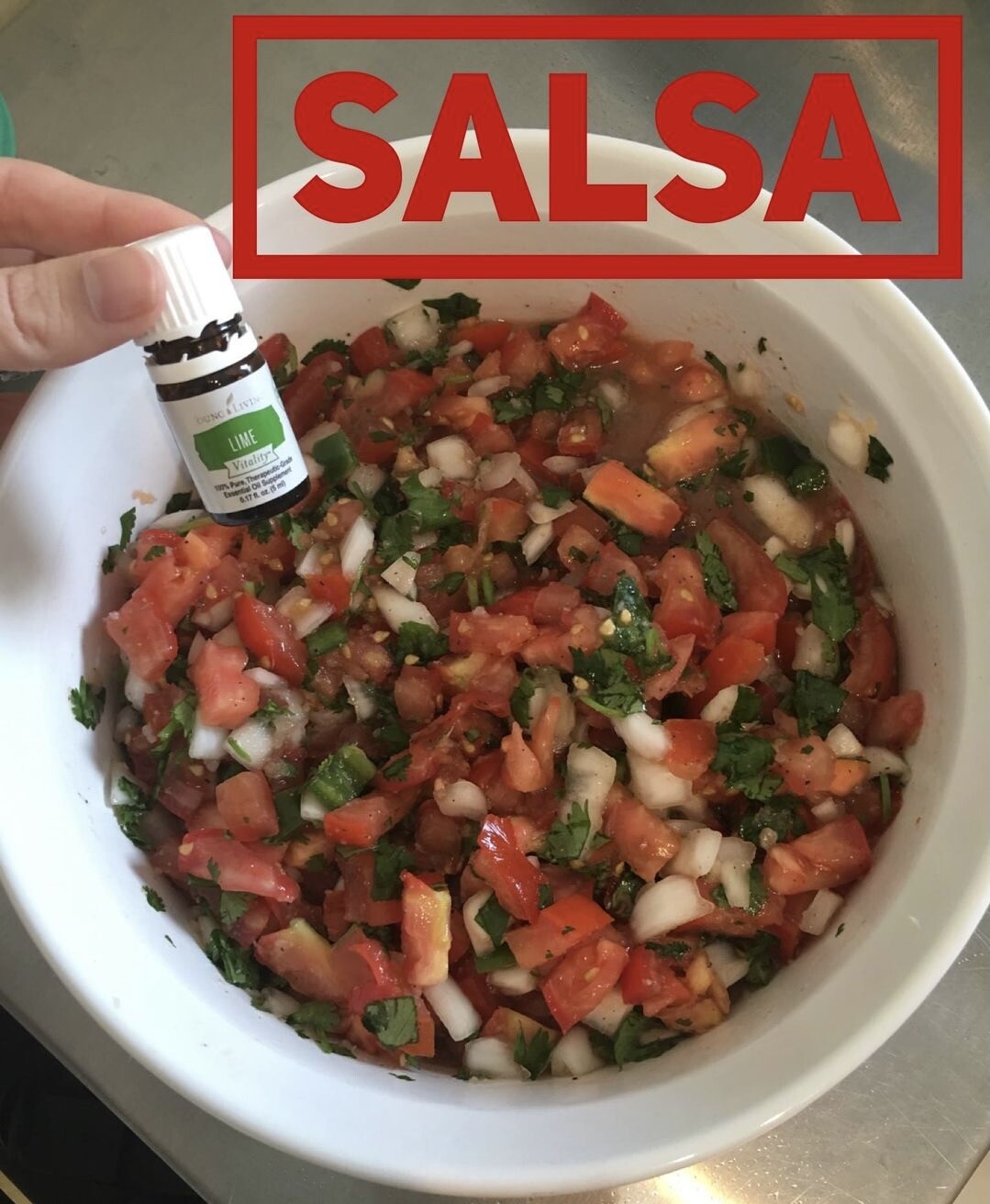 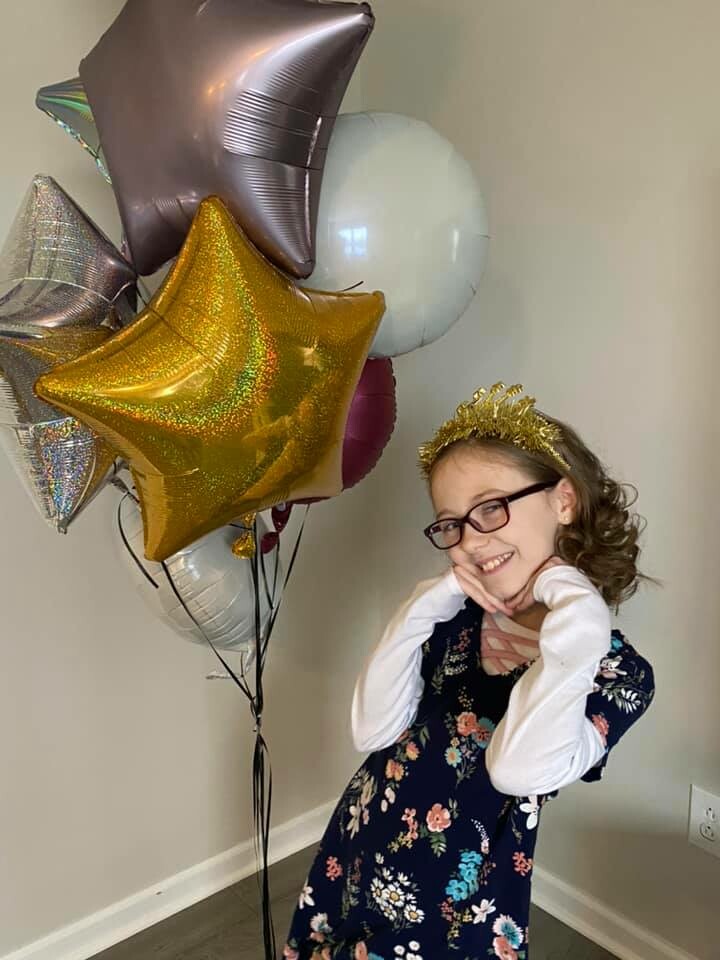 Being a mom was a dream I always knew I wanted, but I never expected that being a special needs mom would bring out the person I was truly meant to be. Mia will always be the greatest blessing I have ever received. Each day she teaches me something new and we are all still discovering things about ourselves along the way. From being a complicated pregnancy, premature birth and NICU baby to being diagnosed with Autism by the age of 2, Common Variable Immune Deficiency in 2014, Acid Reflux, Asthma, and around 40 other diagnoses, you could say we have learned our fair share over the years.
Meet Mia 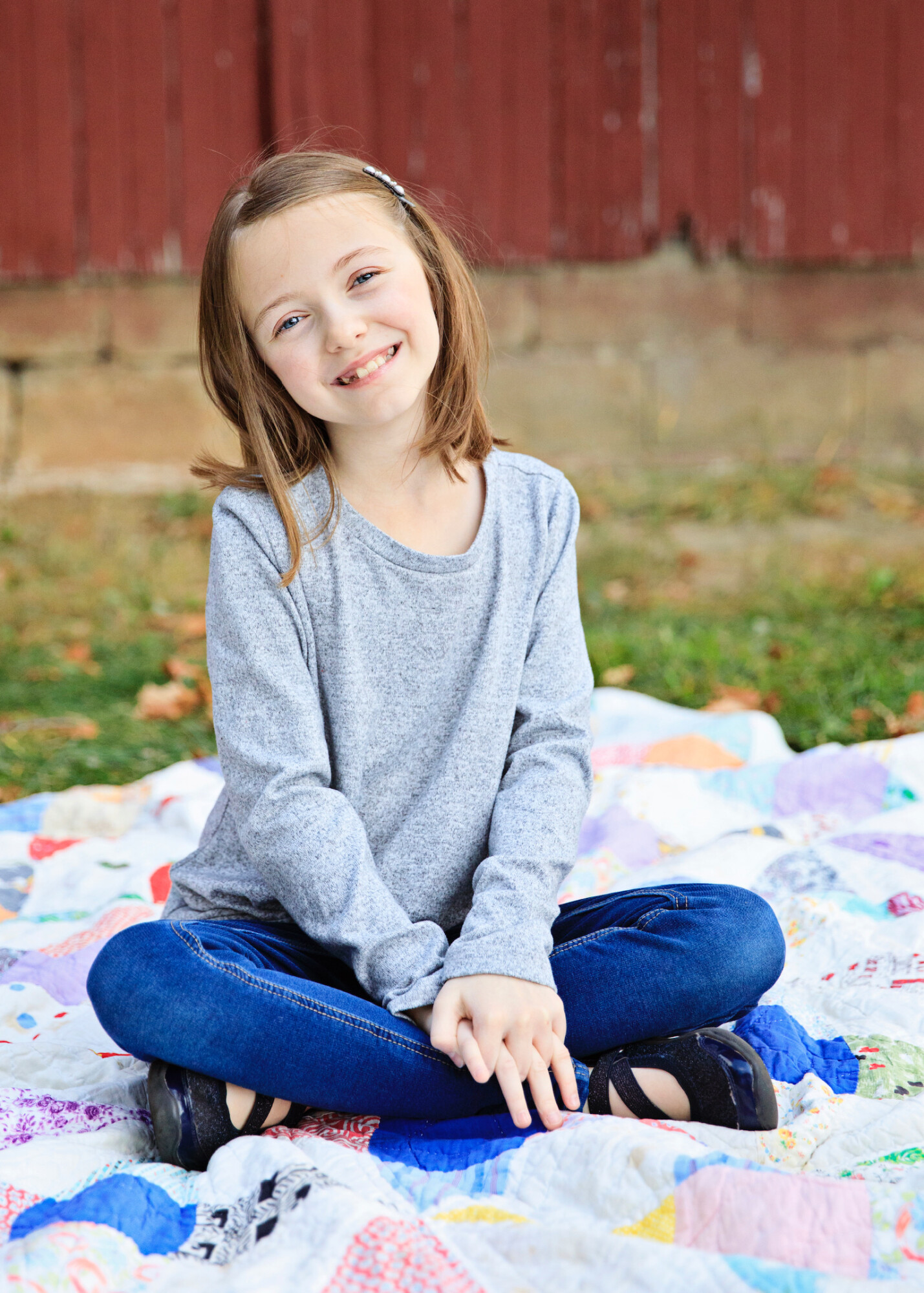 She is brave, confident, wears her heart on her sleeve, patient and loves everyone. Mia loves to sing, dance, draw, and is an avid movie lover. She doesn't realize the impact she has had on the world already by inspiring others with her story and the things she continues to accomplish.
Craig and I met and married in 2006. Our love has grown even stronger through life's challenges and special needs parenting.
We are avid Harry Potter fans, love to travel, and are passionate about achieving our goals. One of those goals was recently brought to life when we built our dream home in 2020.  After years of financially struggling with the cost of Mia's health needs, we are currently on the path to being debt free by 2027 if not before by using velocity banking. 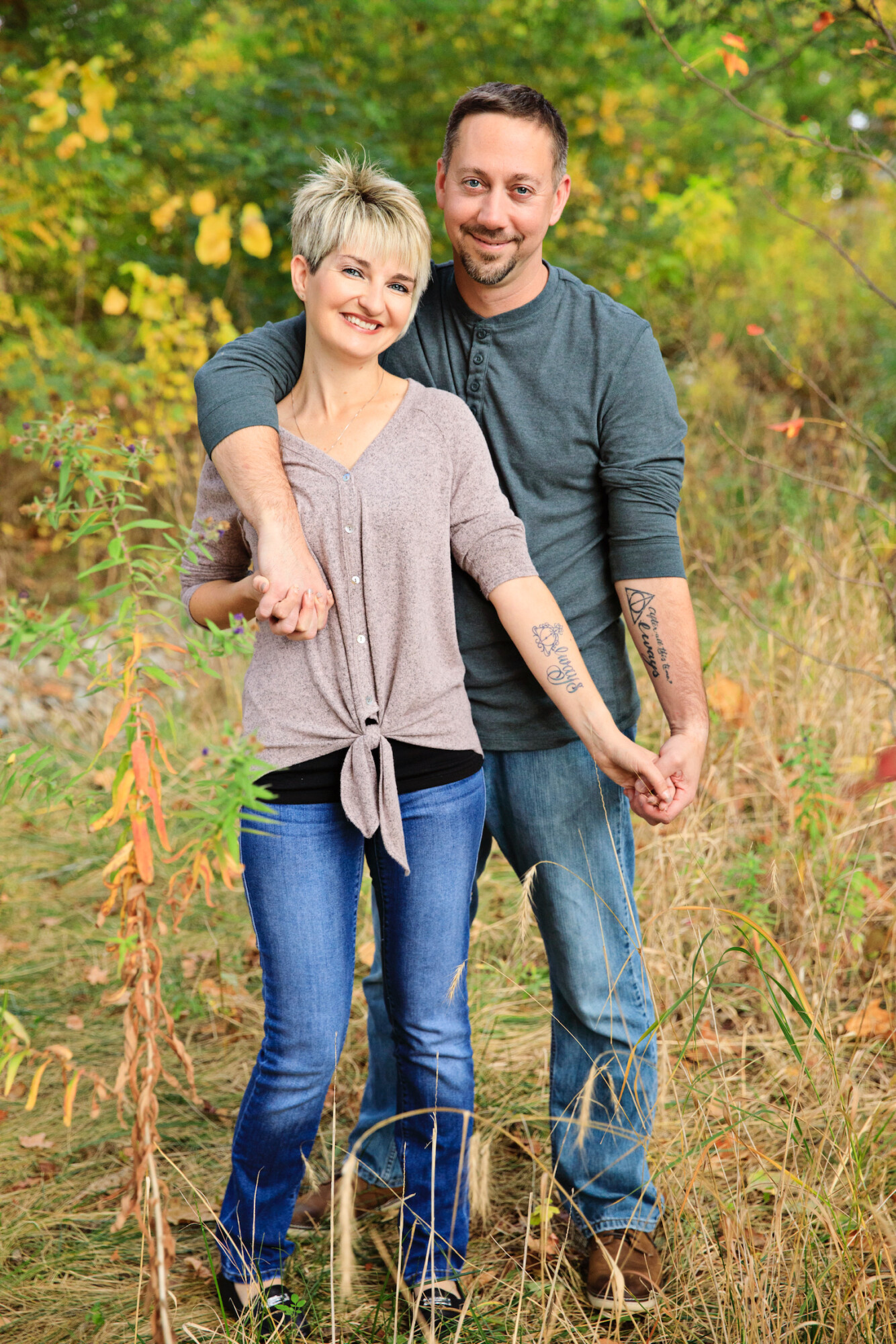 Craig spent 20 years as a volunteer fireman, is skilled in emergency preparedness, and loves the gun range. He currently works as a Training Director and runs his own CPR business.
As for me, I love cooking healthy gluten free meals, home decor, shopping, traveling, and bringing ideas to life. After spending years recovering Mia, I am now pursuing dreams that my YL Biz has made possible. I love the opportunity that is provided by not only the products but the opportunity to coach others and help them pursue their dreams.
When I discovered Young Living in 2014, I was as big of a skeptic as anyone, but quickly saw there was something magical in those bottles, which led to reading, learning, and implementing changes that we hadn't already made on our journey to natural health. Mia's typical day at the time was filled with screams up to 12 hours a day, and the first day of using Joy, there was peace in our home the entire day with the exception of about 10 minutes. A believer I became, and was convinced that this new path would have a huge impact in Mia's recovery. Little did I know how much every person in our home would be changed by the products. Over the years, I have not only seen my family's life be forever changed, but I have had the opportunity to help thousands of families fall in love with the oils and a healthier lifestyle. Impacting change by sharing what we learned was God's plan for me all along, I just didn't know it.
I can't wait to learn your story too! xoxo ~ Terra

DisclaimerAll information contained in this website, in videos, and in downloadable resources is for educational purposes only. It is not intended to diagnose, treat, prescribe, cure, or prevent any disease. If you are suffering from any disease, illness or injury, it is your responsibility to consult with your physician or qualified health practitioner. The author cannot be held liable for the results you experience from the use of any of these tips or suggestions. 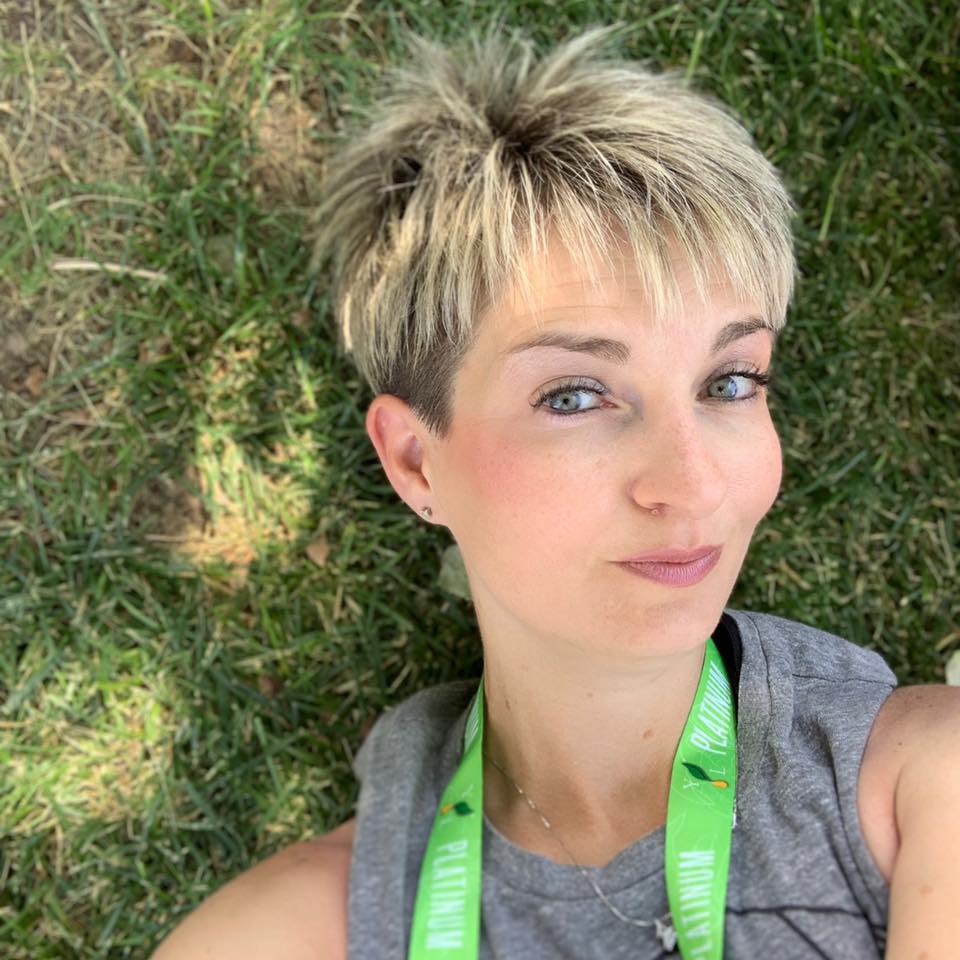